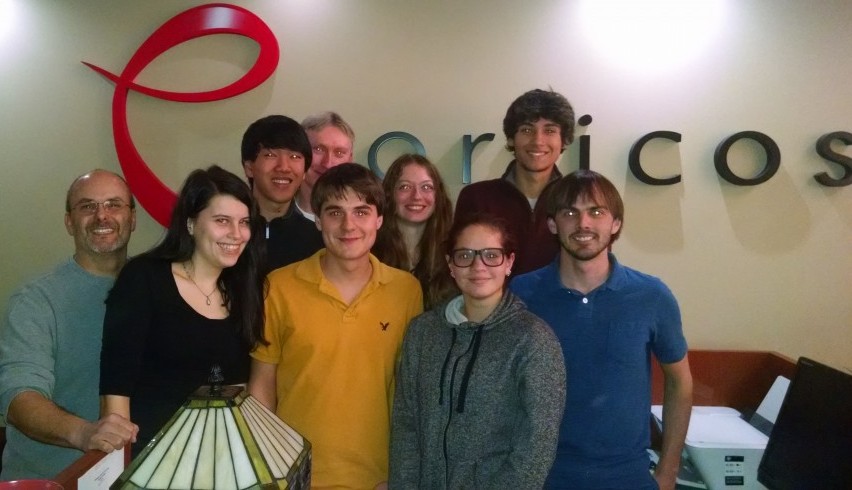 Porticos is a proud sponsor of the TechnoWolves, a local team of high school students who will be completing in the National FIRST Robotics competition this January. At the competition, the team will be presented with a new challenge by FIRST (with stands for For Inspiration and Recognition of Science and Technology); then the TechnoWolves will work to design and build a robot that solves the challenge, competing against other local teams.

Porticos appreciates the ingenuity of these students, and is proud to play a role in the development of their engineering skills. Along with a donation to the chapter, Porticos has provided mentoring for the group through two informal classes with members.

Porticos CTO Kevin Carpenter led a 3-hour SolidWorks Best Practices with the students in November at the NC State Solar House, then followed up with a Ideation and Evaluation workshop in early December.

“Porticos looks forward to following the TechnoWolves progress this January and will continue to provide support and guidance as national competition draws closer,” said Kevin.

Click to learn more about the TechnoWolves and the National FIRST Robotics competition. Go TechnoWolves!